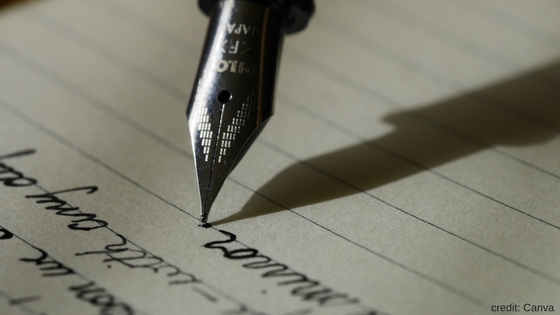 Here are some quick press release tips for small businesses and startups. I’m proud to say that I’ve had some phenomenal endorsements for my press release writing and issuing skills. A writer from the San Francisco Chronicle once told me that my press releases, which were actually IBM’s not “mine” were the best he had ever read. Yes, the best. At that time I was mostly publicizing breaking technology records, large amount money deals that were linked to big strategy changes and customer implementations that had mainstream and human interest appeal. I recall that one press release that was quite successful discussed a services contract with a government entity that was trying to fix the technology system that went after deadbeat parents for not paying child support. Who doesn’t care about that topic? The release resulted in wide wire service and other coverage.

Granted the compliment about my PR skills happened a few years ago, and the editor has since left the Chronicle, but I never forgot it. Since then I have written fewer press releases; my clients and employers have changed and I have often advised many to do something else besides a press release. I mostly work for small and medium businesses and/or their VCs. Press releases are way too common right now and companies shouldn’t issue them unless they are written like news stories and truly represent press release-worthy news.

Here are three key questions to ask to help your team write the perfect press release.

Question 1: Does it have such big appeal that more than one media outlet would truly write about it? If yes, write the release. If, no, just post it on a blog or write a letter directly to customers and/or employees.

Note that being a “yes man” to the president who constantly wants press releases does not make you look good. It’s better to strategically advice, in a polite but firm manner, about what communication vehicles to use.

Be aware that some PR firms will say “yes” to all press release requests to make money. That will drive up hours and money they  make. But when a startup pays a PR firm to issue many press releases and sees little to no coverage, they almost always fire the firm. Shameless plug: that’s when they hire me; I “value bill.” I find ways to garner quality coverage that don’t drain the marketing budget. I want to see stories, not a massive flow of documents getting emailed to my contacts.

Question 2: Would the press release pass what I call The Teen Test? Would a person not at your workplace find the news interesting?  Would your son, niece or grandma understand the implications?

An experienced and awesome PR pro, Laura Taylor, who used to be at one of IBM’s PR agencies I had hired on retainer once told me, PR is basically logic. That stuck with me and I repeat it to new and existing clients often. Does your story or news release hold such simple appeal that a wide audience would understand its implications? If you explained your news to your child, perhaps a teen or even a 10 year old, would they say, “That’s interesting.” If not, think about just direct communications instead. Email the news out to clients and analysts. Announce it to employees directly. If it’s on a complicated technology or product, can you include a cool analogy that everyone would understand? Chris Preimesberger from eWeek once told me that he really likes good analogies and that they could make bland tech news more appealing to his audience.

To use an IBM example again, during the Think 2018 conference they announced the world’s smallest computer, tinier than a grain of sand, that could detect something wrong in a supply chain. It was well done and the media coverage was very good. (Although I don’t remember a press release on that. IBM, a huge company with a lot of blog followers, issued a story on this milestone from the head of IBM Research. But a small company would have issued a release on that. IBM had enough website followers to not need a press release.)

Another way to make your news interesting is to talk about application. How can it be used and do people care about that use?  For example, is the technology helping fight homelessness or save rescue animals? One press release I issued discussed how collaboration technology helped run an automobile manufacturer better; they reduced emissions and the rates of asthma in that city went down. How did I figure that out? I spent 30 minutes on the phone with the customer who offered those stats when I asked for results. Awesome, right?

Question 3: Does it relate to the hottest topic in your industry? If not, will your key top tier reporters care about it? Some are tasked with only writing about certain hot topics.

Right now in tech, that has to do with Facebook ads, privacy, artificial intelligence, machine learning, future of work, IoT, and cryptocurrencies. There are probably 20 tech topics that are hot but the world seems to be revolving around AI. If you can link to AI in a meaningful non contrived way you have a better chance at getting attention.

Good luck with your press release projects and just be aware that burning a bunch of time and money issuing bland press release after bland press release may be hurting your company’s reputation with journalists. Truly think about issuing a press release only once or twice a year and only when the news is mainstream enough to warrant it. Other times consider a blog post or direct communications.