Skip to primary content
Skip to secondary content
On Monday January 27, three seasoned entrepreneur rock stars manned the panel chairs at an SVForum event at IBM in Foster City, Calif., giving several dozen early stage start-up founders advice on the dos and don’ts of successfully getting their tech businesses off the ground.

The event “The New Venture in 2014 – Choosing the Right Idea, Building the Team, and Getting the Venture Started” was moderated by John Lee, vice president, Silicon Valley Bank.
The software-savvy panel included Spreecast CEO and founder of StubHub Jeff Fluhr, Couchbase CEO Bob Wiederhold who was at the helm of Transitive when it was sold to IBM, and Ullas Naik, founder of Streamlined Ventures. Naik is a seed stage angel investor whose various firms have backed 200 technology start-ups. Fifty are currently active investments.
The three generally agreed that Silicon Valley is the best place to start a technology company because it’s so entrepreneur-friendly.
“The technology ecosystem is robust in the Silicon Valley. Your management team should be based here. The way to think about it is if you want to make movies, you move to Los Angeles, not St. Louis,” said Naik.
They also said to choose a co-founder whom you know well and that a company’s strategic advisors should receive some sort of equity in order to be truly useful and not just a bunch of impressive names and photos on the website.
The panelists had strong opinions on recruiting co-founders. Fluhr said that he founded StubHub with a former Stanford B-school classmate. He added, “It is best if you have known someone a long time, so choose a friend you have worked with before or know from school.”
Naik said, “I typically don’t invest in companies that have related co-founders, for example brothers or husband and wife. I also don’t like to invest in solo founders. There is too much to do. Co-founders who have just met three months ago are also red flag.”
He admitted that there are exceptions to the rule, for example, Cisco was founded by a husband and wife team.
An audience member asked the panelists to comment on the next big thing in technology.
Jeff Fluhr said Bitcoin, the alternative form of currency was intriguing.
Database company CEO Bob Wiederhold said Big Data and the Internet of Things are important in his market and driving a lot of investments. 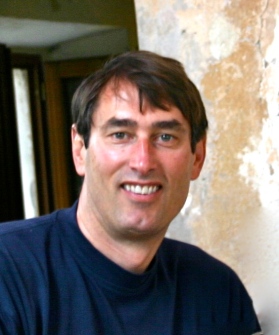 Ullas Naik added that data and what people are doing with it as well as wearables are the next big things in technology. Naik also said, “I believe that an alternative form of currency will be big, but not Bitcoin.”
If you are interested in getting more hot tips from top technology company founders and investors, SVForum invites you to attend the APPs to Platforms event in in San Jose, Calif., on Feb. 20. Register at svforum.org. The all-day event is priced at under $200.
Follow SVForum on Twitter @SVForum.
###
Michelle McIntyre is a tech PR consultant with 10 awards for outstanding results at top PR agencies and Fortune 500 companies. She’s a director with Silicon Valley International Association of Business Communicators and on the executive team at TEDxSanJoseCa. She’s @FromMichelle on Twitter

Winblad is the co-founder and a Managing Director of Hummer Winblad Venture Partners. With over 30 years of experience in the software industry she is a well-known and respected entrepreneur and technology leader. She is also on the board of directors of SVForum.

She has a slew of impressive degrees and credentials and founded a software company in the mid-80s which was acquired back before software was hot.  I used to work with Winblad when I was with IBM Venture Capital Group and it great catching up with her again before her talk to about 30 female entrepreneurs.

Today software is not just hot. It’s white hot. Large companies like IBM have shifted their focuses from hardware to software in recent years. In fact last I checked software was IBM’s most profitable group.

Hummer Winblad Venture Partners was founded in 1989 as the first venture capital fund to invest exclusively in software companies.

My key take-away from Ann Winblad’s talk was that she doesn’t like to invest in entrepreneurs who focus on risk.

The word “risk,” says Winblad, has a negative connotation. It is associated with the threat of failure and impossibility.

Winblad instead likes to invest in companies run by opportunists and visionaries.  She looks for company leaders with can-do attitudes who look toward the long-term goal. She says companies that IPO are on average seven years old and ones that are acquired are at least 10 years old.

Here are her six tips on how to get funded. By the way, she stressed that her firm focuses on Series A funding, not seed funding.  This means funding a company and not just a concept.

2. KEEP AN EYE ON THE FUTURE. Winblad says it’s because visionaries are inspired, enterprising, and insightful.

3. SHOW HER YOU CAN ATTRACT TALENT. Do people want to work with you? Are you a team player? Attracting and retaining the best talent is what makes or breaks companies.

4. DON’T HAND HER A COMPANY PROFILE. E-mail her but only if it’s a fit. For example, don’t send her company information if she backs a competitor.

5. HANG OUT AND NETWORK WITH VCs. Half of the companies funded by VCs are Silicon Valley-based and 80 percent of the world’s VCs are based here as well.

6. WHEN PRESENTING, DON’T BE SO BUTTONED DOWN.  VCs invest in people with personalities and heart. This is especially a women’s problem. Don’t be so formal.

Michelle McIntyre is president and principal consultant at Michelle McIntyre Communications LLC, a high tech PR firm based in Saratoga, California. Follow her at @FromMichelle on Twitter. Women Startup Lab is @ws_lab.