As a seasoned public relations professional, I’ve enjoyed many productive and passionate discussions with genius technologists who want their “one of a kind” startup product covered by the media. 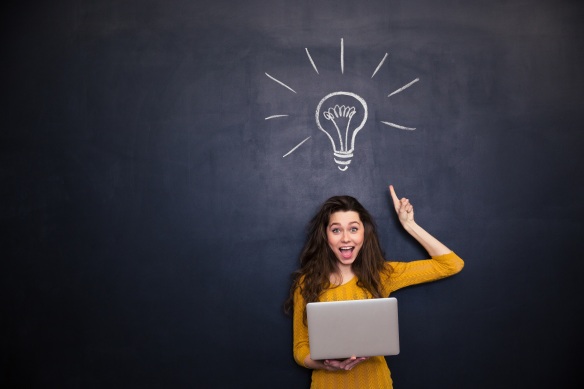 Here’s a tip for inventors. Quality feature stories are written because something is societally relevant, interesting cocktail conversation fodder or a unique problem solver. Journalists do want to know, how will this change the world?

During an initial consultation with a founder usually I start out by asking what is different about their new product or service.  Sadly 75 percent of the time the answer is, “There is no other product like ours.” And it’s hard to respond without objection because  99 percent of the time that’s not true. Usually I can find an example of several similar products via a simple internet search.

The secret to a company getting coverage is simple. Leave the ego at the door. Quit thinking a product is the only one of its kind and ask others like an experienced PR professional what is really interesting about your story.

One founder I met with was finalizing an app that tracked a child’s to-do list. I searched and found another app that made the exact same claim. They in turn switched to a communications plan that made more sense having to do with showcasing their expertise in productivity instead of touting its uniqueness. It had a beautiful interface by the way.

Another tip is when you share information with the person you have assigned PR to don’t hold back on the good stuff. One founder I worked with waited a few weeks to disclose he was born with a serious medical problem and had several surgeries to correct it. Through diet and exercise he overcame it. His online fitness community he created was partly born because of this rough start in life. As soon as he told me, I told a Business Insider writer. She liked this angle about the founder and wrote a feature about him and his co-founder.

This app was also quite unique though. It weeded out bully comments automatically. That in fact was an impressive feature and resulted in nice coverage in TIME. But when you start with a claim, that a new product is super unique, unless you have a third party expert saying it, it’s usually a turn-off to writers.

To quote Journalist Dean Takahashi via a story he filed on PR tips in Venturebeat a few years ago, “What I love is finding something unique and interesting to write about. I want to find something magical, and I think most journalists, even the most cynical of the bunch, share the joy of discovering something really cool. Sometimes the real story isn’t the game itself. It’s the person who made it.”

I don’t mean to call out a founder who is a hard working, award-winning and an obviously smart inventor. The point is be very careful about telling someone your product is one of a kind. It probably is not.

I worked with a brilliant technologist with an artificial intelligence startup who wrote a celebrated technical paper years before the formation of the company. The technological phenomenon discussed in the paper was “in” iPhone’s Siri. When I pitched a writer I started with that detail, its impact on technology that tens of millions of people use. (Last I checked around 41 million people used the Siri voice assistant.)

This business reporter filed a story soon after. And that story focused on the startup solution, the funding and its venture capitalist. But the hook was the impact of what was in that paper.

In summary, journalists get pummeled with hundreds of pitches and press releases a day. Make sure you leave your ego at the door when talking to them: test your story line or pitch on a friend or family member to see if they say, “That’s interesting.”

Let others decide what’s interesting about your startup story, trust their feedback and go with it. Be careful going down the path of saying it’s a one of a kind product. It likely is not.