In recent months, business partners and clients have been using the term “Millennials” a lot.

Millennials, also called Generation Y, are young adults who are now around 18 to 34 years old.  They are social. They are mobile. They are a target for those marketing to a group with uber online buying power.

I’ve been wondering why this group of consumers has become so important so I did some research and found one fact that shocked me.

“Hooked on Social Networking” Blogger and mom to two young Millennials, Holly Nielsen said that some have more buying power because they are living at home with their parents longer and therefore have more disposable income because they are not paying rent.

On the other hand, Nielsen says, some have less extra money because they are paying off their student loans. She added that Millennials grew up with social networking and smartphones so they are totally comfortable on-line.

The Chief Marketing Officer Council just published some facts and figures about this category in a story introducing a new initiative called “Turning Social Feeds into Business Leads.”

The description of the program on the council’s website uses the automotive industry as an example.

It says that Millennials are a lucrative target for automobile manufacturers because they make up 40 percent of the total available car buying population, contributing $200 billion to the U.S. economy annually.

It adds that there’s been a massive acceleration of social media usage, with 70 percent of consumers using social media to learn about other customer experiences when making car-buying decisions. Visit this link for more details about this CMO Council initiative.

Lastly, a recent eMarketer story discusses Millennial online buying trends including one that surprised me.

It said that male Millennials were more into mobile shopping than their female counterparts.

I used to think that women beat men in all areas of shopping but it’s just not so.

The report discussed a January 2013 survey of U.S. Internet users and uncovered these facts about male Millennials:

This definitely shows that young men are a hot target for digital marketers.

Feel free to follow the Twitter feeds of people and organizations mentioned in this story including @CMO_Council, @eMarketer, @HollyNielsen, @FromMichelle.

*One part of this is not so surprising. Men have always earned more than women for the same jobs. The ratio is 77 cents to the dollar so that wasn’t overly shocking. By the way, this is unfair and it needs to change. 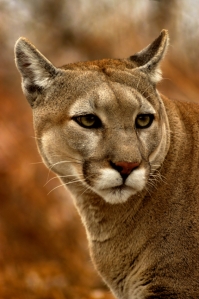 It was the most beautiful animal I had ever seen and was at least 8 feet from nose to tail. I immediately thought, if I could see this rare and gorgeous creature in the wild, then I could do anything.

Yes, it was by chance and only lasted a few seconds but I increased my chances of seeing it by volunteering as a life guard at a boy scout camp my son had attended. Driving back from camp at dusk didn’t hurt.

A couple of weeks later, my husband and were on the Royal Mile in Edinburgh Scotland at the same time as the Queen of England and happened to catch her walking into a cathedral with her husband Prince Philip and grandson Prince William and Kate.

I was further inspired to do great things after this second awesome experience.  How many people ever see either the Queen or a mountain lion in the wild? I saw both in the same summer.

Later that year I started my own PR consulting company, MMC PR. These brief but remarkable sitings actually did influence me to do this.

I write about the lion and the Queen to show that talking about something that happened to you is way more interesting than just stating a string of facts and figures.

Story telling allows you to engage your audience in more personal manner. And when you engage emotions, you can change attitudes more easily. Were you engaged by the lion story? How could you not be?

Most authorities on business and public relations agree with this fact. Just search “story telling” on one of my favorite sites Harvard Business Review and many stories will come up saying successful communications is buoyed by a great story.

“In this lively presentation, Tim Draper, managing director of Draper Fisher Jurvetson, shares his global experiences funding entrepreneurial heroes who ‘break down walls.’ Draper shares attributes that support viable entrepreneurial environments, and encourages aspiring entrepreneurs to attack established monopolies and to never fear making mistakes.”
Tim Draper knows how to tell a story to get his point across. His heroes talk is primarly a string of anecdotes that include challenges in starting the VC industry in Russia and what happened when he met with the President of the Ukraine.
Draper starts out by having the audience get up and yell “Wild Things” because the other of that class children’s book had just died and he wanted to create an appropriate and timely tribute.
If you are struggling with speaking and truly engaging your audience, watch Draper in action: http://ecorner.stanford.edu/authorMaterialInfo.html?mid=3076
For further infomation on the topic, read HBR.org’s story “Story Telling that Moves People” at http://hbr.org/web/special-collections/insight/communication/storytelling-that-moves-people.

This informative article adds the tip that great story telling is not always positive. Important tasks are hard to do and showing a challenge or a rejection is sometimes more engaging then just saying everything is coming up roses.